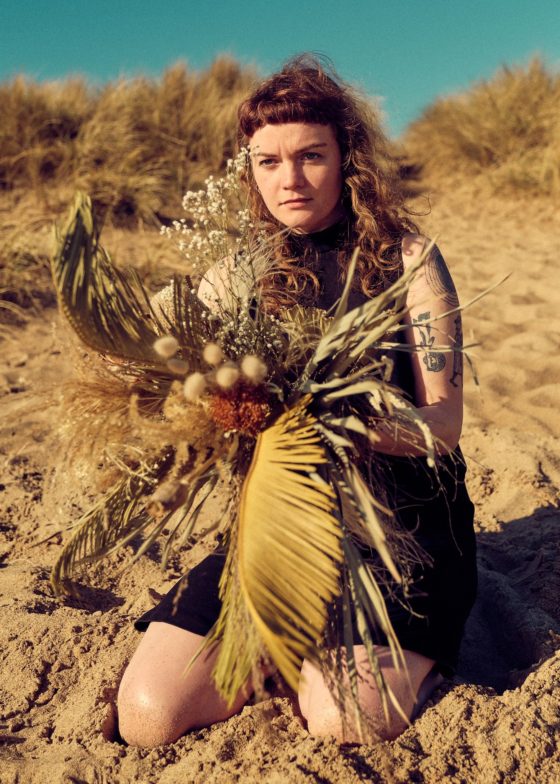 Me Lost Me + The Silver Reserve

ME LOST ME is the solo electronic music project of artist/musician Jayne Dent; a mesmeric mix of thudding rhythms, lush vocal drones and haunting melodies. Her live performances are atmospheric, dark and playful experiments in sound and storytelling, taking inspiration from a wide range of genres including folk music, electronica, pop, noise and ambient music. Jayne uses the voice as her main instrument alongside a concertina, looper and sampler to create her unique, genre-defying music.
​
Since self releasing her debut album ‘Arcana’ (2018) and follow up EP ‘The Lay of The Land’ (2019) she has been touring extensively across the UK, and has recently been included on the BBC Introducing NE Tips List for 2020.

“I think we can say without any fear of contradiction that John Peel would have loved Fools Gold by Me Lost Me – What a brilliant, peculiar noise”
Tom Robinson, BBC Radio 6 Music

“Whether reshaping old folk tales or showcasing equally gripping originals, Dent’s experiments in sound have proved among the most powerful and beguiling our region has harboured in many a year; expertly coalescing her traditional background and radiant voice with a bewitching mine of loops, drones and ambient textures.”
NARC Magazine

After a change in line-up, Rusty Bear have morphed into The Silver Reserve.

THE SILVER RESERVE self produce, record and mix all their output.

Praise for ‘Source to Sea’ (released as Rusty Bear):

“Source To Sea is a masterful execution of songwriting, production and engineering. Finding an album as delicately and meticulously implemented as this without it having lost its warmth and intimacy can be truly difficult and it’s even more difficult to find any serious fault with anything on this record.” 8.5/10 Kicking Against The Pricks

“The record is a sprawling, fantastic forty-five minutes of undeniable accomplishment and beauty, a record that truly deserves attention and repeated listening.” 13/13 Room Thirteen

“Rusty Bear have created a confident effort for a debut album, in fact, even if it was released as a 5th album, you would be praising it for its boldness and strength in both melody and experimentation.” Mudkiss

“Every track is stunning.” Gypsy Death and You

“A cut above and well worth investigating.” Pennyblackmusic