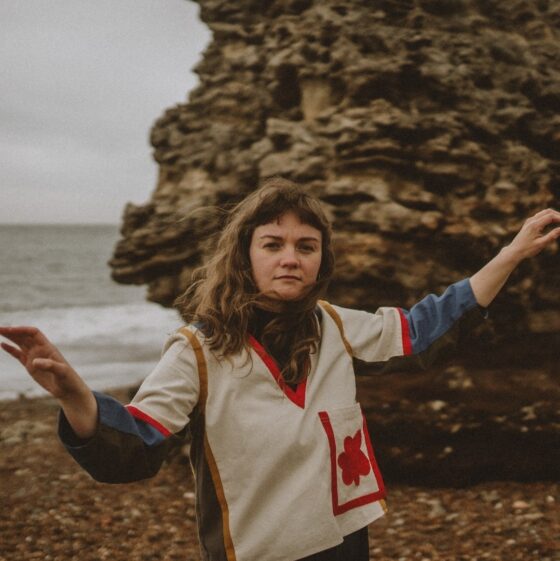 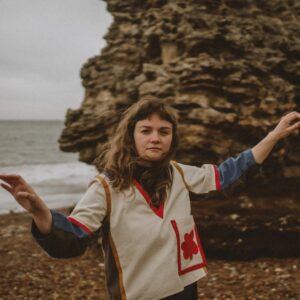 Me Lost Me is the project of Newcastle based electronic folk innovator Jayne Dent, recent recipient of the Paul Hamlyn Foundation Award for Composers and former Artist in Residence at internationally renowned concert venue The Sage Gateshead. Described by BBC Radio 6’s Tom Robinson as a “brilliant peculiar noise”, Me Lost Me delights in experimenting with genre and songwriting, taking influence from folk, electronica, art pop, ambient and noise music to create a beguiling mix of soaring vocals, synth, field recordings and hypnotic rhythms. Her live shows are atmospheric and playful, with a repertoire that explores storytelling and textural world-building through original songs, improvisation and reworkings of traditional ballads.

Following the release of her debut album ‘Arcana’ in 2018 she has been touring the UK extensively, and her second album ‘The Good Noise’ released in November 2020 demonstrates a maturing of her sound and a deepening of her exploration of site and experiments with genre. In 2021 her track ‘Nightingale’ was included on The Guardian’s Folk Album of the Month, a ‘Future Folk’ compilation by The Slow Music Movement, with Me Lost Me’s track “stripping folk back to its bones while letting its future echoes bleed out”. Her latest EP ‘The Circle Dance’ features instrumentation from Newcastle jazz stalwarts John Pope (double bass) and Faye MacCalman (clarinet), and has been described as “”her most textural and sonically adventurous music to date”.

Me Lost Me’s Nightingale, an arresting a cappella duet with her synthesised double. It crystallises the collection’s peculiar mood, stripping folk back to its bones while letting its future echoes bleed out.’

Electronic Sound ‘Dent’s haunting, folk-fuelled voice is great, but goodness, when the electronics kick in… it’s one heck of a potent brew’
Sounds Good ‘one of the best in the industry’
Songlines ‘Haunting electro-folk to keep you on the edge of your seat’
Spotlight Music UK ‘a sunflower growing above a field of dandelions’
Folk Alley ‘beautiful throughout, a trance-like meditation on what modern folklore might sound like’
NARC Magazine Cover Feature for ‘The Good Noise’