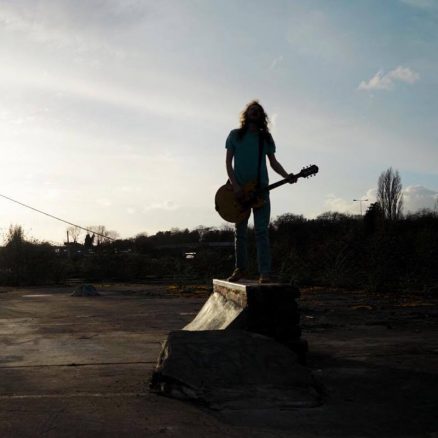 Hull cult favourites Edible 5ft Smiths made one and a half of the greatest undiscovered albums of the noughties before burning up in a small blaze of glory, leaving broken hearts scattered in their wake. Since then Matt has fronted awesomely heavy & twisted rock combo The Holy Orders, all the while building up a collection of distinctly different songs of his own, more akin to a continuation of the Edibles catalogue.

Those songs languished in the vault until, prompted by the mundanity of life and an encounter with mortality, Matt decided they needed to be fully realised and sought out an old friend, producer and Edibles super-fan Joe Bennett (Dreaming Spires, Co-pilgrim, Goldrush, Saint Etienne). Before long a plan was hatched to cut the record at Farm Music Studios in Oxfordshire, with drummer Mike Monaghan (Willie J Healey, Ralfe Band, Gaz Coombes) and Co-pilgrim main man Mike Gale on board.

The debut album by Matt Edible & The Obtuse Angels, “Stairgazing” is due for release in early 2018.

Pfaff from Amsterdam is the brainchild of Bas Jacobs. As such it’s been around for a good 20 years now, with line-ups that are changing on an irregular basis and albums that are all over the place. What place? Well, the mental maps of Bas Jacobs for one. His music is a non-scientific summary of early nineties indierock, as Mr Pfaff, like Obelix fell into a pot of good fun, noisy, freaky and catchy indierock as a young man, and he can’t and won’t shake the illness, mental or physical. And why should he? Why would he? The latest album “The Year Pfaff Broke” was recorded as a three-piece, with Joni Spaan (ex-Jonus, ex-Pfaff) back on drums and Randy Derkhof (ex-Maggie Brown, ex-Airbag) on guitar.

Pfaff’s last performance in Hull was back in 2008 (before that Pfaff did about 30 shows in Hull, more specifically in The Adelphi). It’s a disgrace. And we’re very sorry! But oh, so glad, to be back!