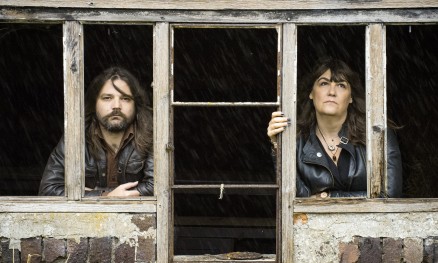 Marry Waterson is part of a remarkable musical dynasty. Her mum was the inventive singer and song-writer Lal Waterson, and her uncle and aunt were also members of pioneering folk group the Watersons. After recording with her brother, Oliver Knight, she has now teamed up with guitarist David A Jaycock for an album that echoes her mother’s surreal, poetic appeal. Marry’s singing is plaintive and quietly powerful, and the songs are slow but varied, ranging from the title track, with its story of internal battles against “the wolf of evil and jealousy” to the drifting The Honey & the Seaweed, based on a lyric by her mother, and Velvet Yeller, a tribute to her late uncle Mike. The gently exquisite production work is by Neill MacColl and multi-instrumentalist Kate St John, and they are joined by an impressive cast including Kami Thompson. It’s her finest album to date.