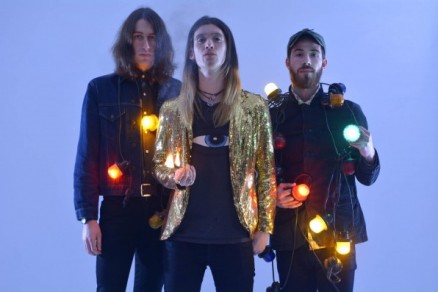 It may be too obvious to linger on the topic of frontman, Nile Marr’s quite blatant musical heritage, but the 22-year-old son of the ex-Smiths guitarist is creating an end product far away from what you would necessarily expect. Heavily influenced by bands from his time in the US as a teenager, artists such as Fugazi, Elliot Smith and Modest Mouse mean more to Marr than any Manchester musician you’d typically attribute to the city’s culture.

“When I was a kid, the only record I had was ‘Desire’ by Bob Dylan.” says Nile, “That was pretty much the only thing I used to listen to until I was a teenager when we moved. I was suddenly shown guitar playing, bands like Built To Spill,Fugazi and Modest Mouse and this whole different way of working I’d never seen before.” Marr humorously calls this certain period of a person’s life the “sponge years” elaborating and explaining it as “the sort of years where you start to figure out what’s cool.” Read more… http://louderthanwar.com/louder-than-war-interview-man-made/