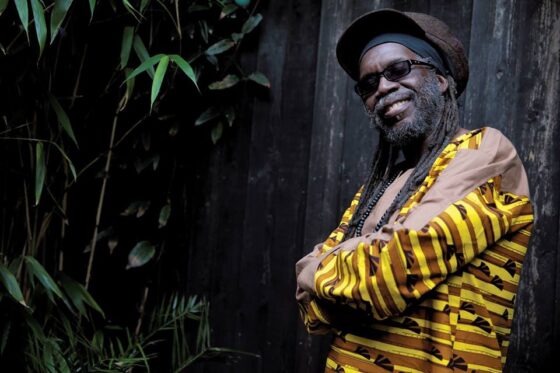 Wake the town and tell the people! British reggae star Macka B returns to The New Adelphi Club.
Come and witness the influential dancehall toaster deliver tracks from a career that spans over thirty years.

As a practising Rastafari, Macka B’s music is based around the political and spiritual message of the religion, with an often light and humorous touch. Working with the Mad Professor throughout his career, he has combined dancehall and dub styles of reggae, although has avoided a more commercial crossover approach.

From his debut record Sign Of The Times which was released in 1981 to his most recent release 2017’s Health Is Wealth, Macka has shared important messages through his music and has gained a loyal legion of fans in the process. Aside from his laid back reggae beats, Macka’s videos are almost as legendary – with ‘Cucumber’ adding massively to the singer’s cult status.

And of course, he’ll be joined by his fantastic ‘Roots Ragga Band’!