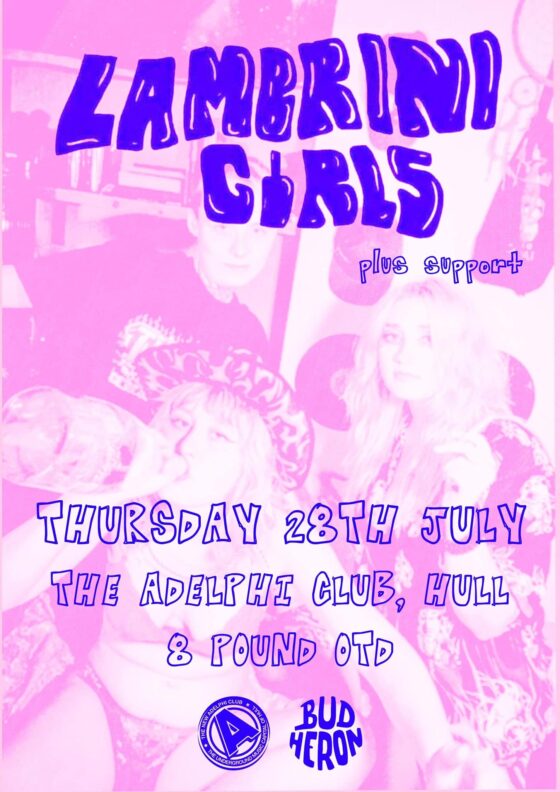 “They are a punky three-piece who are anarchic, hilarious, and also purveyors of a very serious message, all of which they do simultaneously which is no mean feat.

Their songs have titles such as ‘F*ck Myself’ and ‘Sex Toy’, the latter song not only saying why women don’t need men, but that men treat women as sex toys, which is certainly a fair point. The band are aggressively feminist, which is sadly deemed to be necessary in this post-Sarah Everard world. Their tune ‘Gay Panic’ sounds disturbingly like Napalm Death.

Vocalist Phoebe Lunny makes repeated forays into the audience. She takes her top off at one point, although modesty is maintained as she wisely retains her bra. She is a commanding frontperson – quite literally! She tells the audience to get down on the floor, which they do. This isn’t just a gig, this is performance art. It also shows that this is definitely not a punk audience – a punk audience wouldn’t be so compliant! At one point Phoebe gets the crowd chanting “Craig David”!!! Well, why not, especially as that’s the name of their tune.

‘Boys In The Band’ is about calling out homophobic abusers. Many of the songs are more than just that, they’re mini-manifestos. Towards the end of their set Phoebe climbs onto the bar whilst drummer Catt Dampier pours Lambrini onto the audience. I have to say that this is the most anarchic band that I’ve seen for a long time. Long may they continue to be so!