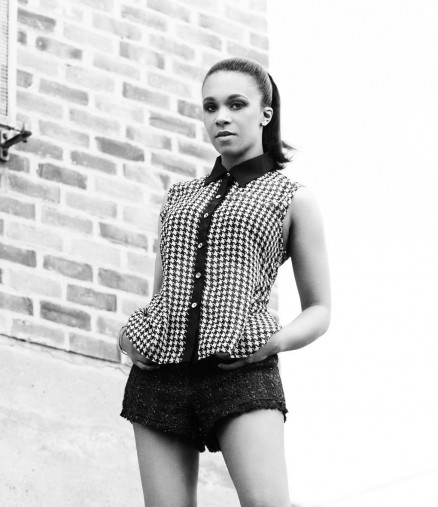 The show at The New Adelphi Club in Hull will see Kymberley headline with support from Grinny Grandad and Laura Kindelan.
Advance tickets £4 +bf. Doors 8.00pm.

Leeds-based singer-songwriter Kymberley Kennedy is a world-class act. Taking creative direction from a multitude of genres including pop, soul, electro and RnB, her sound is fresh, memorable and incredibly current in terms of the appeal it has. She’s pretty much the complete package as well- her striking image, bold stage presence and talents in producing and mixing paving her way to success as much as the tunes. With debut EP ‘The Blackout’ due for release on August 18th, we took the opportunity to check out the title track and… damn, it’s good. ‘Blackout’- which has been selected to go on the soundtrack of Johnny Depp’s missus Amber Heard’s new film ‘Syrup’- is a stunning tune. Creative and imaginative with it’s looping harmonies and sultry crescendos, Kymberley is primed to follow the likes of Lulu James and AlunaGeorge as RnB continues its sexy overhaul.

Stay up to date by visiting http://www.kymberleykennedy.co.uk

and from York Laura Kindelan