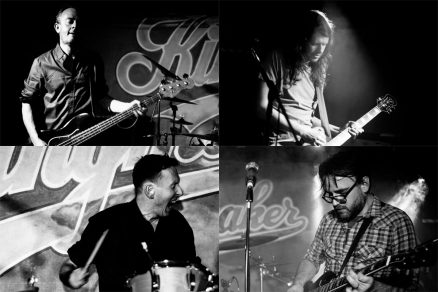 Kingmaker 4AD + Sleeperman + Menagerie
They were Hull’s very own indie rockers. With a string of top 40 singles during the early 90s Kingmaker burst on to the scene as contemporaries of the Pixies and the The Wonder Stuff before splitting just as Brit-pop gripped the nation.

Now after a successful return to the music scene in 2017 drummer John Andrew and bassist, Myles Howell are back for 2018 to rip through those Kingmaker favourites one more time. Joined by Mike Wright (Bonnitts and Dephot) and Matt Edible (Matt Edible & The Obtuse Angels) on vocals and guitar, Kingmaker are celebrating 25 years since their best known hits 10 Years Asleep and Queen Jane broke into the charts.

Anyone who saw their blistering set at Humber Street Sesh last year won’t want to miss out on the chance to hear those 90s classics one more time. From Lucy’s Down and High as a Kite to Really Scrape the Sky, Kingmaker guarantee you an evening of blistering guitar and drum-based indie stomp. Dust off your Doc Martins and see them right back where they started at Hull’s legendary Adelphi Club on 26th May.

Andy Acum of the classic club night Menagerie will be spinning tunes. 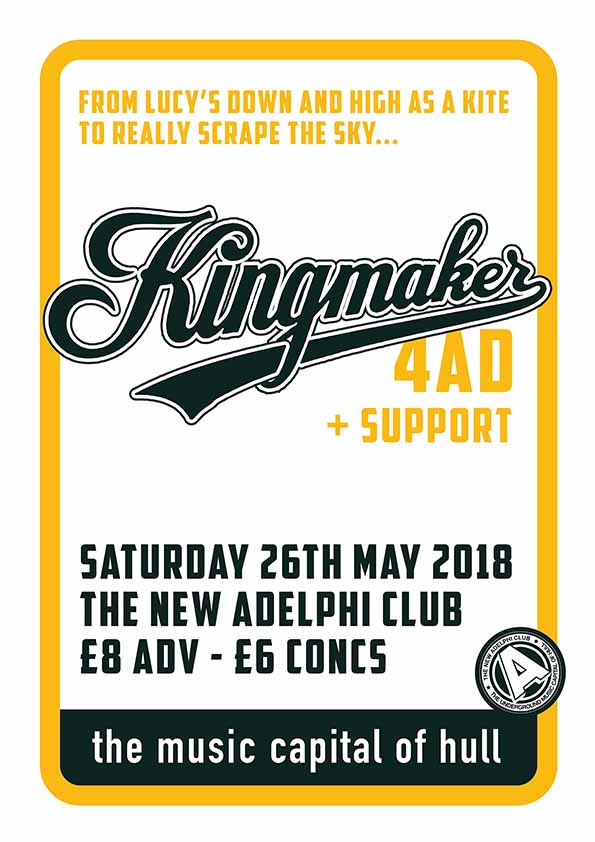