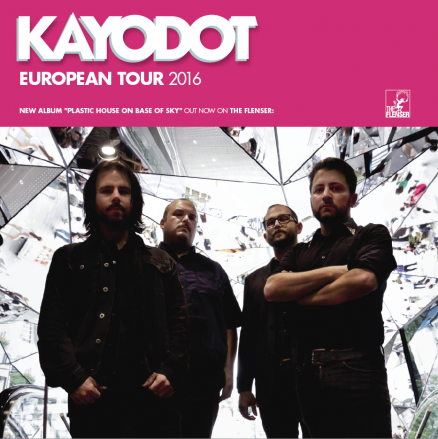 Kayo Dot + Not The Holy Orders

The experimental avant rock band  KAYO DOT are coming to Europe to present their new album. KAYO DOT is a undefinable band based in Brooklyn, NY. 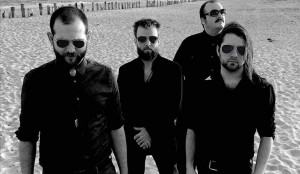 Kayo Dot has never made the same record twice. To read various descriptions from magazines and reviews, you might feel like you couldn’t be reading about the same band. From chamber music to black metal to goth to jazz and avant-garde classical — nothing really fits. Is Hubardo the “true” Kayo Dot? Is Coffins on Io? Choirs of the Eye? Does the question need an answer?

Not to be missed! Only 3 UK dates; London, Hull & Manchester!
with support

Toby Driver, the primary composer and frontman for the band, has been fiercely productive over the years, and while that usually refers to how many songs or albums an artist has made, with Driver the productivity is in the realm of ideas as much as music itself. In the course of a single Kayo Dot song, the amount of risks and liberties taken with form and convention usually outnumbers what other artists cover in a full album. That’s not to say Kayo Dot doesn’t have an impressive catalog. Neither is the band jarring the listener from one absurd extreme to another just to prove a point. For as much ground as they cover, it’s always in the service of a carefully curated mood.

Kayo Dot have played the stages of Roadburn and SXSW. In 2015, Driver organized and played a 12-concert, career-spanning residency at The Stone in New York. Kayo Dot records have appeared on labels as diverse and distinguished as Hydra Head, The Flenser, and John Zorn’s Tzadik. With the release of 2016’s Plastic House on Base of Sky, they take a decidedly electronic turn, incorporating a variety of synthesizers (many of them vintage analog) to create another work of ambition and magnitude that fuses the explosive musical imagination of a band like Magma with the forward-thinking experimentalism of Conrad Schnitzler or Morton Subotnick.