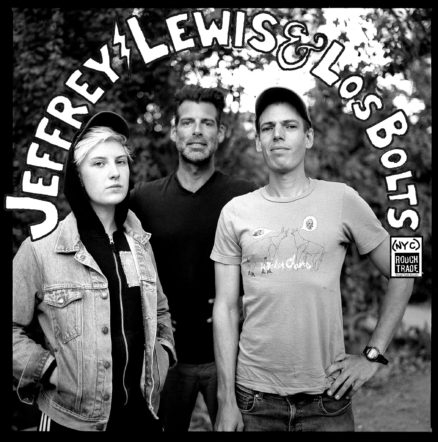 “The best lyricist working in the US today.” – Jarvis Cocker (Pulp)

Advance tickets £12 through the Adelphi box office below (no booking fee). Enter the number of tickets required and click ‘BUY’.

Jeffrey Lewis & Los Bolts (NYC, Rough Trade Records) play a crazy, original mix of scuzzy urban indie-rock, literate lyrics and comic book punk, like a 21st Century mash-up of Sonic Youth, Pete Seeger and R. Crumb.  Jeffrey has done tours in Europe and America and Australia and Asia and elsewhere (averaging over 100 gigs every year since 2001), as well as sometimes playing as the opening act for bands like the Mountain Goats, Daniel Johnston, Stephen Malkmus & The Jicks, The Fall, Pulp, Roky Erickson, The Vaselines, Adam Green, and other luminaries.  Jeffrey has released seven critically acclaimed albums on Rough Trade Records, in addition to albums on other labels (like K Records and Don Giovanni), and Jeffrey continues to self-publish his art and writing in an ongoing underground comic book series called Fuff.  With current Los Bolts bandmates Brent (Moldy Peaches) Cole on drums and Mem (Cat Tatt) Pahl on bass, Jeffrey has recorded a new full-length album in Nashville with producer Roger Moutenot (Yo La Tengo, Lou Reed, Sleater-Kinney), with release date tba!

Spawning out of Hull’s underground punk scene Modern Mood Swings are the monologue sprawling through your head on a long walk home, put to music. The lyrics analysis the downfalls of modern life and the complexity of human emotions. They manage this through the balancing act of melody and dissonance within their sound. This is their exorcism, their coping strategy. It’s raw, but it’s real. The nostalgic sounds harking back to the 90’s and early 00’s punk, emo, and independent scene -paired with an urgency born from the fresh, DIY landscape of their city.