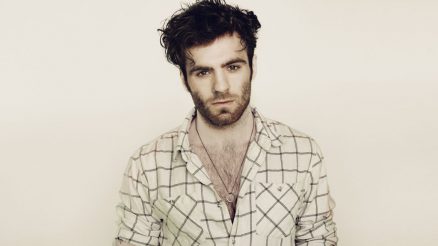 Jack Conman
20 year-old English singer-songwriter, musician & virtuoso guitarist, Jack Conman entices listeners with a blend of intricate vocals, goose-bump ridden choruses and a perfect mix of melancholy and energy, dictating the atmosphere in every song. His influences are drawn from the likes of King Krule, Matt Corby, Jamie Isaac and Keaton Henson.
Already a talented drummer before turning his hand to the guitar, the percussive influence of his first instrument has created a unique playing style where every part of his acoustic is used to tap out beats and rhythms alongside picking melodies on the strings. Combined with his yearning vocals and gift for melody, Jack’s live performances have been silencing awed rooms and festival crowds since first coming onto the scene.
After playing at Radio 1’s Big weekend last year, Jack has secured plays with Radio 1 and 6 Music and is definitely one to watch, Jack’s music will continue to break through to new fans wherever it is heard.
Doors 8 pm
£5 otd / £4 adv from Hull Box Office (booking fee applies)
This website uses cookies to improve user experience. Please confirm that you accept the use of cookies. More information can be found in our cookies policy. Find out more.