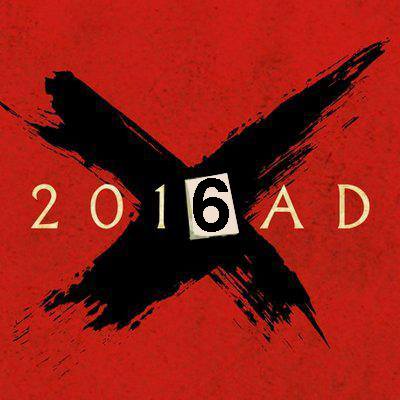 “The Cesarians are not a pop band. They could never have been manufactured, manipulated or otherwise pre-masticated for public consumption. The Cesarians do not trade in the trite or the mundane. The Cesarians know and love music, what makes it as important as breathing, an understanding that runs deep within their bones. Their songs speak of love, loss, redemption, terror and absurdity.

The Cesarians think big, think shocking: like Ken Russell directing a Lee Bowery ballet in a Bauhaus- constructed set to a score composed by Mahler and performed by The Residents – no restraints, no compromise, no need to be like everybody else.

The Cesarians are a magnificent triumph of the electric eclectic, a bunch of renegades who live on the river, tapping the source of LONDON’S eternal energy.

Everything is to be relished within The Cesarians’ epic soundtracks, every abrupt change of chord, every tremor of brass, every violin skirmish and keyboard swell, every last tender obscenity that drops from their lips. Gigantic.

THE EVIL LITTER are Claire Scott, Leon Welburn and Simon Andrew. A loud garage three-piece from Hull, combining enigmatic lead and backing vocals, with heavy thrusting guitar and polyrhythmic drums. Made up of ex members of BBC6Music play-listed bands Mammal Hum and Patrick Joseph Tobin and The Sea Monsters.

Cousins Leon and Claire formed the band in August 2013, recruiting drummer Simon soon after. The band write to a strict pop art rule whereby each song is devised and written in 20 minutes, ensuring a raw and immediate sound. Their stage energy is as intense as the songs lyrical and musical content, thundering through an atmospheric and catchy set that leaves the crowd wanting more.

If BLACK KES where a person they would be the bastard love child of Librace’s and Lonnie Donegan shamefully kept in the attic and made to listen to old Bob Dylan LP’s, watch rubbish television and classic movies. A shambling, deformed, six foot man toddler, idiot savant.