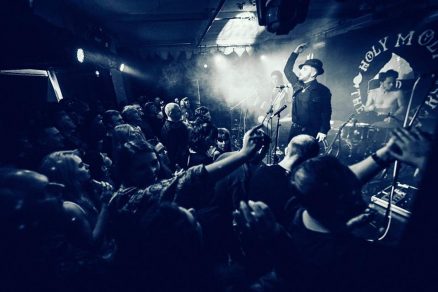 Holy Moly and the Crackers + support

‘Bombastic folk rockers’ Holy Moly and the Crackers are a dynamite live band from Newcastle who have cut their teeth touring relentlessly the past few years, over 300 shows and 60 festivals including Glastonbury, Boomtown, Bestival & Secret Garden Party. Catch them live and dangerous, for an evening of ‘instrument-swapping, squeezebox-growling, fiddle-shredding, brass-howling hoe-downs’. It’s going to get rowdy. Tickets selling fast… 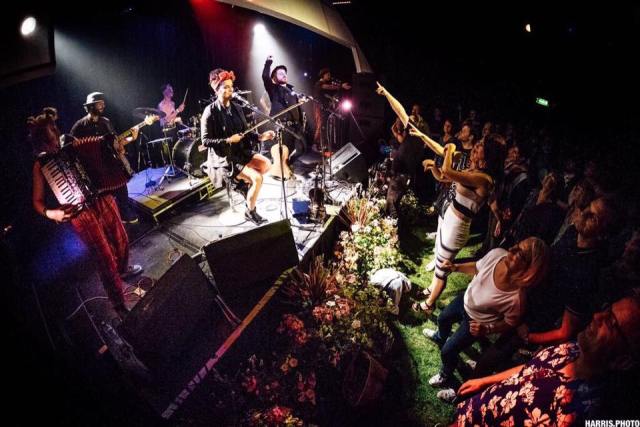 2017 was a big year for the Holy Moly & The Crackers: the ever-evolving gypsy-folk-rock band released their new album ‘Salem’ in July 2017 on their own label, Pink Lane Records (in association with Kartel Music Group and Wipe Out Publishing). The album received acclaimed reviews from Clash Magazine, R2 Magazine, Folk Radio UK, God Is In The TV Zine, The Crack, No Depression (U.S.), Blown Speaker (U.S.) to name but a few.

Over the course of the album campaign HMATC toured the UK twice, selling out venues across the country, and made successful debuts in The Netherlands, France, Germany and Italy as well as continuing their success on the festival circuit with performances at Boomtown Fair, Bestival, Camp Bestival, amongst others.