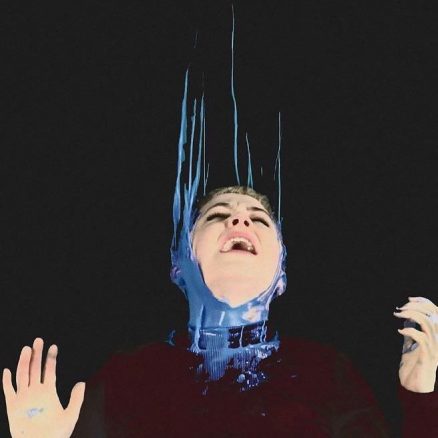 Grunge-filled indie from Berlin via London via Ireland. HAWK combine an abrasive edge with celestial vocals, to create a driving, expansive sound, with activism at its core.

HAWK have been compared to Warpaint and The Cranberries with hints of Slow Dive and Radiohead. Their music covers subjects like inequality, exclusion, gender-preconceptions and generalisations faced by different social groups every day. Their acute social awareness is a trait that the band hold dear conveying their message with beauty and grace, with triggering, dreamlike soundscapes to mirror the inequalities they witness in everyday life.

HAWK formed in London in 2014, where they formed their label, Veta Records. The band relocated to Berlin in 2016 where they are still friends after a winter living under one roof.

Amongst the band’s supporters are Noisey, Stereogum, Clash, The Line of Best Fit and Amazing Radio, who have all commented on HAWK’s dynamic sound and compelling subject matters.

‘She Knows’ EP (Veta Records) is out now on Spotify and Apple Music.

“…a dreamlike sound that conjures up ethereal imagery.” – Wonderland

“…ear-pleasing webs of noise with powerful political ideas.” – The Line of Best Fit

“…could be the best opening track to any rock release.” – Noizze