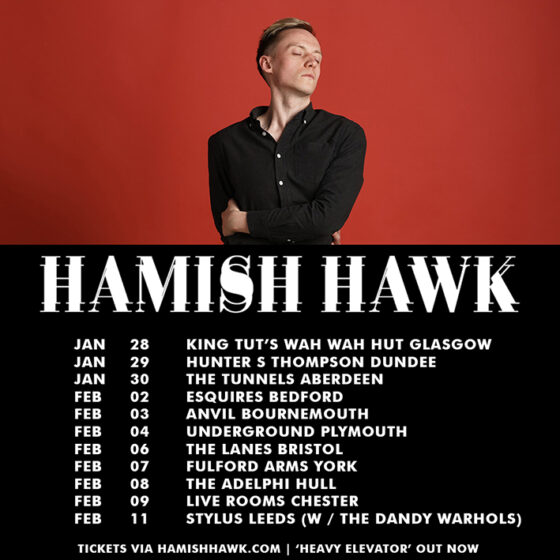 Hamish Hawk
Massively popular with BBC’s 6music, fast rising newcomer Hamish Hawk has been making the right kind of fuss with his recent singles ‘Caterpillar’ & ‘Calls To Tiree’.
Already play listed by 6 music and a just released well received album of swooping indie noir, his post punk stained quirk pop that is lyrically eloquent and perfectly histrionic update of the Smiths chassis that has the right measure of daring to its muse . Yet there is far more going on here under the bonnet with the Edinburgh songwriter being steeped in the adventure of post punk that adds an extra nous to his music. Whatever, the smart money is on us hearing much more from Hamish Hawk in the near future.

Late Night Marauders
Lead by whirlwind soulstress Ruth Scott and the piano wizardry of James Wood. Raised on a steady diet of classic R&B and Jazz standards Ruth developed a deep love for Ray Charles, Nina Simone, Etta James and Tom Waits to name a few. Hooking up with James their songs evoke visions of smokey basement clubs in the 1950’s where beatniks and jazz heads would party. Add in the savvy rhythm section and firing horn section the Late Night Marauders present a unique blend of Soul, RnB and boogie which is an irrepressible delight.