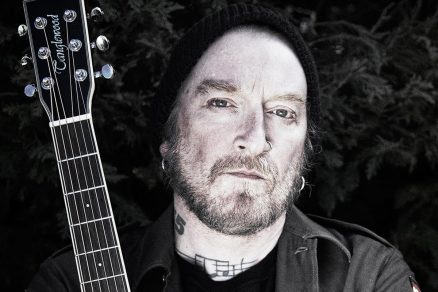 POSTPONED GIG ALERT: GINGER WILDHEART 21ST SEP.
Purchased tickets will be valid for the rescheduled show which will be announced as soon as we know the date.
Any issues please contact Screaming Tarts Presents.
“Ginger is sad to announce the postponement of upcoming September shows on doctors order. This is due to an ongoing issue with Ginger’s larynx, in particular, his vocal fold nodules that may require surgery. A period of rest and recovery is required in order to prevent any further damage and ensure his voice is maintained. We can only apologise to the fans wishing to see Ginger this month. Any rescheduled dates will be announced shortly, but are subject to venue availability. If you are unable to attend or wish to obtain a refund, please contact the point of purchase.”
Screaming Tarts presents
Ginger Wildheart
Advance Tickets £15
https://www.hullboxoffice.com/events/ginger-wildheart
https://www.seetickets.com/event/ginger-wildheart/the-new-adelphi-club/1205626

On 2 March 2018 Ginger Wildheart is to release his new album, the aptly titled ‘Ghost In The Tanglewood’. A seamless mix of country, folk, roots and rock, the record showcases Ginger’s song-writing maturity as he wears his heart and influences on his sleeve over 10 deeply personal tracks, channelling his emotions and pouring his soul into every note. Influenced by the likes of Steve Earle, Maria McKee, Tom Waits and Richard Thompson, this is Ginger music on the mellow side; roots music played by a working-class Geordie raised on country and Northern folk music.

“While leaning towards country music, my fairly unavoidable accent means that the songs come off less Willie Nelson and more Bobby Thompson, but every lyric is purely heartfelt and every song is as true a story as you’ll ever hear. This stuff has always been in my blood since I was a wee nipper and it’s an honour to finally get it out for people to hear” says Ginger.

“The songs largely deal with the traditionally taboo subject of mental health issues, specifically depression, which I have suffered from my whole life. Having recently weaned myself off medication, the music I make now serves as both therapy and comfort. I find relief in this music and hope that the songs bring a similar comfort to the listener. The narrative throughout is pretty confessional in nature, but I think the candid approach showcases the lyrics in a more bold and open way than a traditional rock album.”

Opening with the rousing ‘The Daylight Hotel’, which was written while receiving treatment in a mental hospital and is a peak into that world and the kind of people that reside within its walls, the album ranges from the beautiful country sounds of ‘Don’t Say Goodbye’ to the folk of ‘Golden Tears’ (a melancholic but uplifting song about the inner strength we somehow summon to fight adversity), the torchlight closer ‘Remains’ and ‘I Could Have Cared For You’, which recalls Paul Westberg at his best.

Recorded in John Kettle’s Giraffe Studios in Wigan, ‘Ghost In The Tanglewood’ was produced by John Kettle and Dave Draper and features an all-new gang of seasoned musicians that Ginger handpicked for their feel and experience. The players are Maurice Hipkiss – pedal steel, Emily Ewing – vocals, Matthew Colley – piano, Neil McCartney – fiddle and John Kettle – guitar and mandolin.