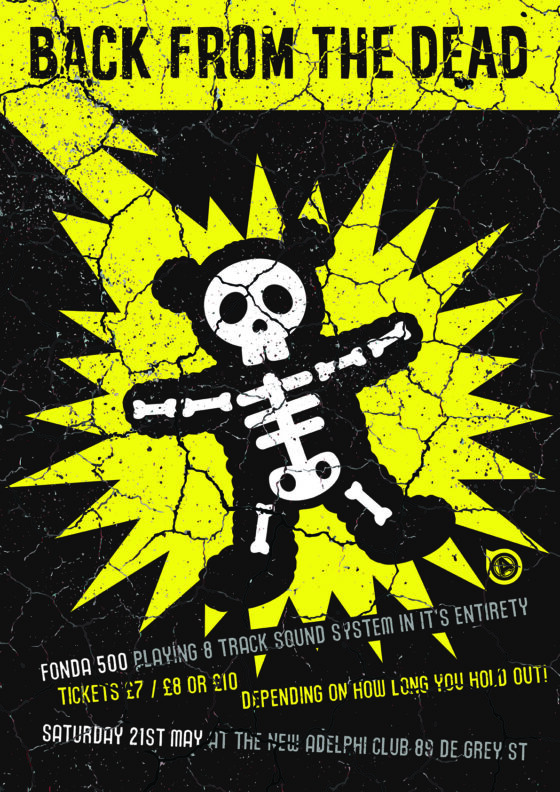 **We have saved 20 tickets to be purchased on the door at £10 each.
Be early if you want to pay on the door because after these are sold we will be at capacity.
Doors 8.00pm

1.
2.
3.
4.  They said it would never happen – that it couldn’t happen – that it shouldn’t happen ….but – and it’s a mountainous but
5.  it fucking well is
6.  the band called Fonda 500 also known as the 5 double O & their 8th dimensional joined up minds are attempting to turn them selves inside out for your pleasure by pulling a super special stereo performance of the oldest long player in all Christendom out of their collective behinds
7.  known to compact disc collectors as

Marvel as they play it in its entirety from start to finish.

With your help we know this will be a night of joyous wonder and promises to have the people of today wishing they were the people of the far far away (1999).
If this sounds right up your dimensional tunnel then come along.
we will also provide you with the usual golden shizzles- you dizzle ??
And if that wasn’t enough// we’ve manipulated the minds of the band called Mi Mye to sacrifice themselves for no longer than 28 minutes between 2100 and 2128.

Tickets available from Sydney Scarboroughs.
50 quid in advance
And a thousand pound On the door