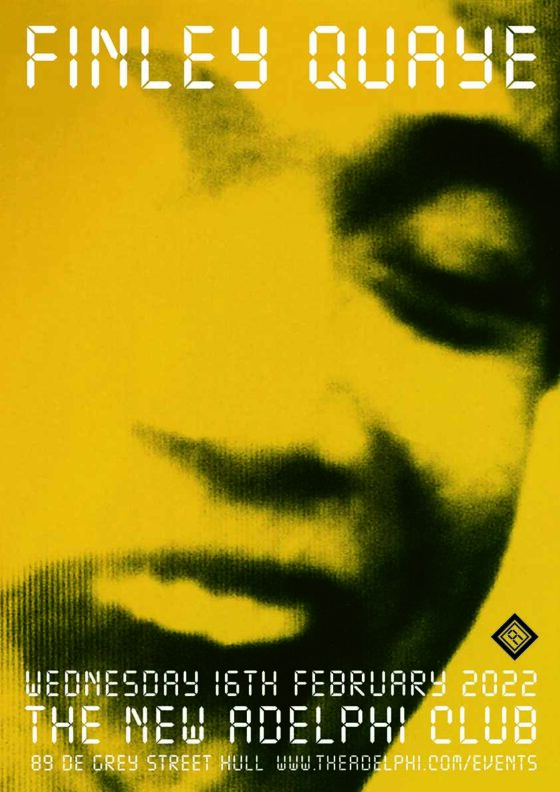 Advance Tickets £15 from the foot of this page.

Finley Quaye emerged on the U.K. music scene in the mid-’90s, delivering a unique amalgam of pop, trip-hop, soul, and jazz with his critically acclaimed 1997 debut, Maverick a Strike. His first appearance on record came in 1995, providing vocals for “Finleys Rainbow,” a track from A Guy Called Gerald’s seminal breakbeat album Black Secret Technology. He recorded and co-produced Maverick a Strike, working in Sheffield with Kevin Bacon from the Comsat Angels. The album earned critical and commercial success worldwide, and also gained him a BRIT Award for Best Male Solo Artist. Quaye delivered two more LPs for Epic in 2000’s Vanguard and 2004’s Much More Than Much Love, the latter of which featured a collaborative single with Beth Orton and William Orbit called “Dice” that became a minor hit. Although it would be another eight years before he delivered a follow-up album, 2008 saw the release of both a new EP, Pound for Pound, and a greatest-hits package, The Best of the Epic Years.

Multi instrumentalist, beat maker and recording artist. Soulful lead melodies and a hip hop back bone, with a side of funk.
Kings Horses
King’s Horses is the performing name of English Singer/Songwriter/ Bedroom-Producer Matt Barratt. Interchangeable between a solo artist and collective, Kings Horses unique and alternative-indie sound blends Intricate and intimate sounds with anxious, poetic and un-clichéd words
This website uses cookies to improve user experience. Please confirm that you accept the use of cookies. More information can be found in our cookies policy. Find out more.