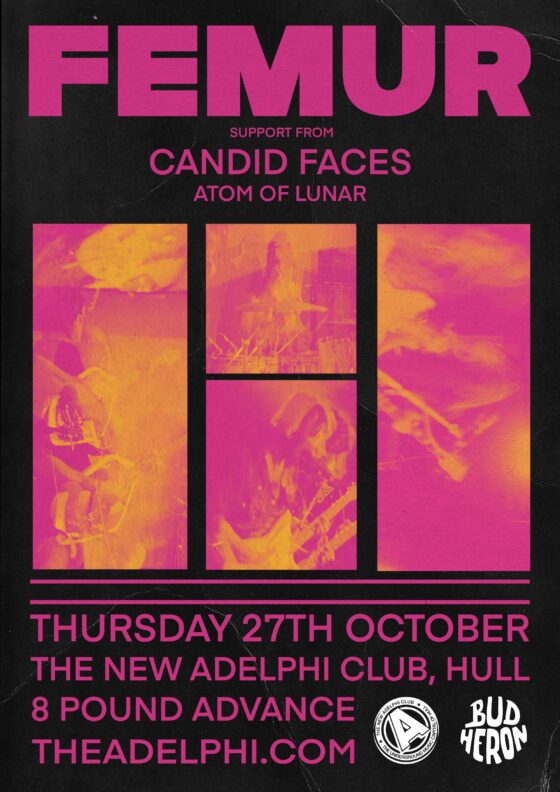 Femur
Mixing psychedelic rock with a heavy, almost industrial sound, the Sheffield band are one of the best things currently coming out of Sheffield. Signed to local record label Jarred Up, and having headlined the Tramlines Fringe event at the Shakespeare last weekend, Femur embody the very best of the Sheffield music scene.

Featuring ominous vocals and an intense, seemingly eastern-influenced guitar sound, I Don’t Like sees Femur at their very best. With haunting lyrics and fantastic bass and drum backing, this is genuinely one of the best tracks we’ve heard this year, yet alone this month.

I Don’t Like can be found on Spotify. forge press.org