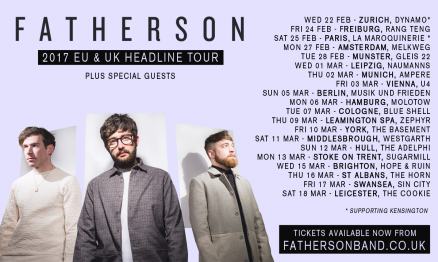 Fatherson are a four piece alternative / indie band based in Glasgow and formed in Kilmarnock. They have been making waves in the Scottish music scene following a string of supports with bands such as Frightened Rabbit, Panic! at the Disco, Feeder, Twin Atlantic and Idlewild.
Doors 8 pm