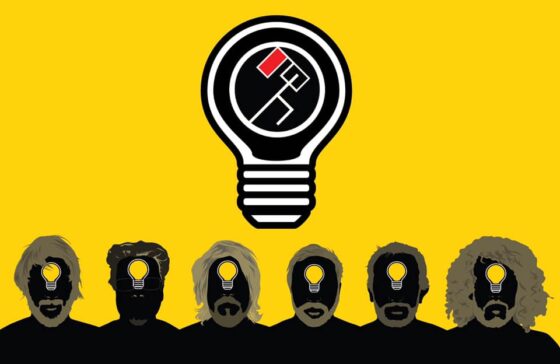 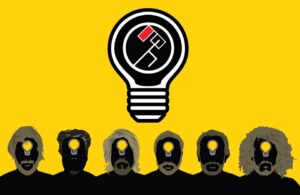 Hull’s most engaging live band have developed a dedicated following within the city and beyond, thanks to some incredibly memorable gigs and an energetic live show. This is the 1st chance you’ll have to get to see and hear the new Bunkerpop live show with a set full of new BELTERS!

“Eclectic, energetic, and hugely enjoyable, Bunkerpop are like a raucous party inside and outside of your head.” – Joyzine

“Try and imagine if Bertolt Brecht came back from the dead, involved as much as he alienated, and made a kind of quirky Anglicised-version of Krautrock. Unique and brilliant.” – Louder Than War

“Like a musical ensemble from One Flew Over the Cuckoo’s Nest or a loved-up version of Alex’s droogs from A Clockwork Orange, Bunkerpop gigs are renowned for spiralling into a joyfully anarchic free-for-all.” – Soundsphere Mag

CHUBBY MAM ARE THE GREATEST SUPERGROUP EVER TO COME OUT OF THE ADELPHI CAR PARK.
Featuring various members of Bunkerpop, The Dyr Sister and Bunkerpop Dance Troupe!
Chubby Mam bring stories of cheap hotels in Cleethorpes, misery in middle age and odd pop songs about pigs.
Lewis Paul Marrow

Singer/Songwriter and Post Modern show off from Kingston upon Hull. Former frontman of the band Republic Of Trees. Lewis Paul Marrow is a rough-hewn heavy set muso with a talent for writing exposing heartfelt lyrics and “gut-churning one-liners”.

“I name my guitars after poets”

Musician, poet, and writer from kingston upon Hull Lewis has been performing live in the UK and internationally for 10 years. Currently releasing music under his own name, The Spider and the Ribcage E.P. marks the first in a planned set of self released titles by the artist.

Lewis has said of the Spider and The Ribcage ” This E.P. took a long time to release, for lots of reasons.
It’s difficult for me to relive the memories these songs are based on sometimes. This is my art for what it’s worth and I am proud of it.

For me, the best thing about art, any art, is not the discovery of brand new ideas, but the discovery of feelings and experiences that you thought only you had. Then you find something – a fear, a thought, a vague feeling or even a way of believing expressed by someone you don’t know, expressed in their own way, a way that resonates with you on a level you don’t fully understand.