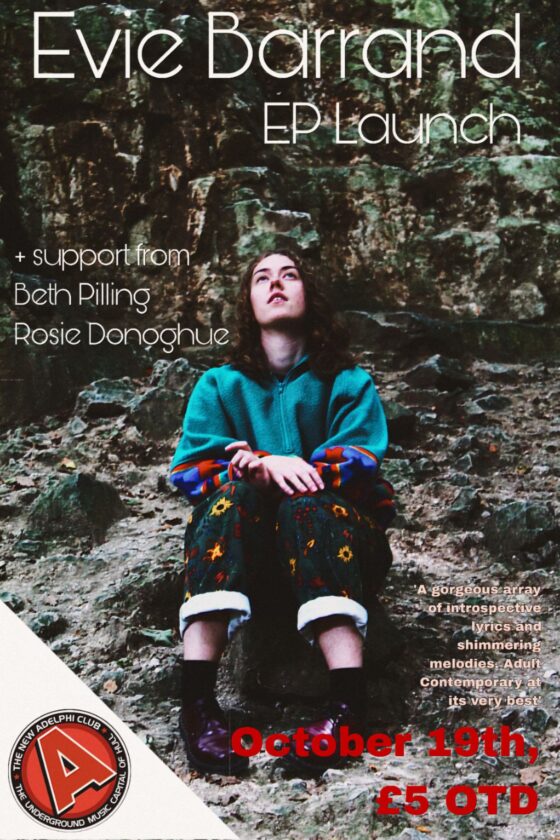 A consistent feature of festivals and gigs across the North of England, Evie Barrand has developed her craft for years and developed into an accomplished singer-songwriter. Her self-titled EP is a gorgeous array of introspective lyrics and shimmering melodies. On the 19th of October for only £5 you can join her for a night of adult contemporary at it’s very best.
Beth Pilling
Beth Pilling is a 21-year-old singer songwriter based in Bridlington. With influences such as Amy Winehouse, Florence + The Machine, and Nirvana, Beth’s performances make for a melodious experience of well thought out sets. Beth recently played on Cuban Pete’s Acoustic Stage at Humber Street Sesh and is starting to make a name for herself as a songwriter in Hull.
Rosie Donoghue
A newcomer to the scene, Rosie brings a uniquely mellow playing style. With and enthralling vocal delivery that can be haunting at times. Influences from The Velvet Underground and Nico.
This website uses cookies to improve user experience. Please confirm that you accept the use of cookies. More information can be found in our cookies policy. Find out more.