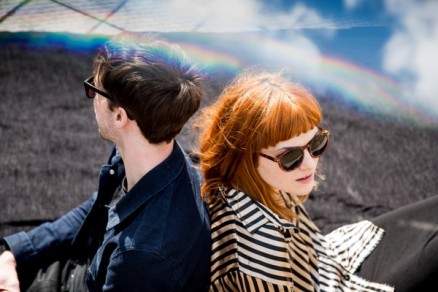 Estrons means ‘aliens’ or ‘strangers’ in Welsh and this band of misfits may at times seem very far removed from any particular scene because they make music their own way, when they like, how they like.
Estrons write about sexual dominance, belonging, divorce, self doubt… themes that matter to them and they write about them with passion and truth. They sing in English and Welsh, sometimes flitting between the two depending on the feel of the song. Their debut EP Whoever She Was… includes opening track and single Make A Man, which not only presents the band’s dynamic indie sound, but the sentiment behind the song is just as meaningful with the idea of female objectification turned on its head.
Previously released single ‘Aliens’ is another indie-punk belter that will have you bouncing off the walls, whilst Welsh spoken track ‘Ysbrydoli’ has a slightly more indie-pop edge to it but still manages to maintain the same kick-ass attitude throughout.
ESTRONS met after a chance encounter in 2012 on a beach in Aberystwyth. Although the core members consist of Taliesyn Källström (vocals) and Rhodri Daniel (guitar), the band are actually a collection of people that come and go, all strangers who have one sole purpose and common denominator – to make great music that says something.
Last year Taliesyn gave birth to her son Björn and toured Wales within a month of his birth. The band’s video for ‘Aliens’ and the EP artwork features her breast feeding. A subject that has received much attention over the last year yet ESTRONS approach all subject matter with ease and a good sense of humour.
Doors 8 pm
£6 adv from seetickets