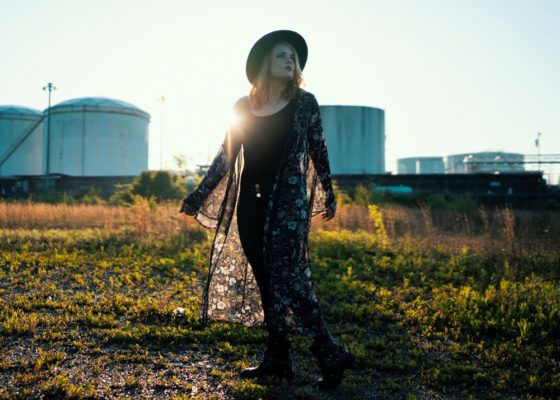 2019 has been a hell of a year for the super-smoky-voiced, hard-working, far-touring chanteuse Elles Bailey. On 8th March, she dropped her eagerly-anticipated second album ‘Road I Call Home’ to rave reviews, with the album charting in the Official UK Country Charts & Americana charts, gaining over 1.3 million streams since its release and reaching No.1 on the Amazon Blues Bestseller chart

2020 sees Elles touring the UK in March, Germany in April and playing many more international stages including taking to the high seas for the Joe Bonamassa ‘Keeping the Blues Alive at Sea’ cruise alongside the man himself, Joe Bonamassa, King King, Samantha Fish,Walter Trout and many more.

with support from The True Strays are a vintage loving, blues fuelled, dirty rock and roll band. Their live shows are a joyous hoedown of huge bass driven riffs, a howling tornado of resonator guitar, cacophonous drums and soaring Hammond organ.

Influences span the history of modern music with great admiration for the delta blues of the 40s and 50s, British Invasion and Psychedelic Rock of the 60s and 70s, Southern Rock and Soul and modern age Punk, Rock and Blues artists.