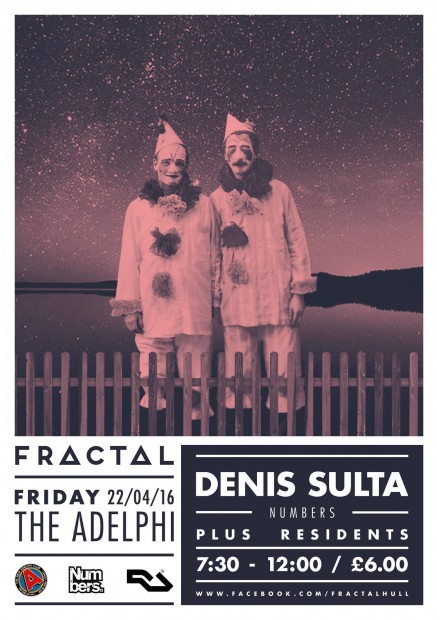 Now that we’ve somewhat recovered we do have a few words.. Massive thanks to everyone who came down and to Palms Trax for playing an extended 3 hour set! Safe to say it went OFFFF!

Next up we have the wonder kid from Glasgow – Denis Sulta!

‘Take a banging break-out tune (and some serious EPs to back it out), some outrageous charisma behind the decks and a fistful of Glaswegian pride, and you’ve got Denis Sulta, one of the most exciting prospects in the game right now.’
– Mixmag

Denis Sulta has quietly announced himself as one of the most exciting new prospects to emerge from the ever fertile Glasgow scene. His unique sound has been carefully crafted, earning his stripes and musical education through working at the world renowned Rubadub record store and holding down regular sets at Scottish musical mecca Sub Club.

Having honed his craft under the guidance of some of the most respected local heads, DJs and producers, his releases on Dixon Avenue Basement Jams and Numbers have brought his meticulous and diverse approach to modern club music to the attention of the best DJs going with support from Jackmaster, Skream, Julio Bashmore, Optimo Music and many more playing his records on the radio and in the clubs the world over.

It’s with great pleasure that we welcome Denis Sulta to Hull!

As always, capacity is limited to 120 so grab your tickets nice and early to avoid disappointment!

Denis Sulta was picked as one of 2016’s artists to watch in Mixmag. Catch him at The New Adelphi Club on Friday 22nd April. Grab advanced tickets here for just £6: https://www.residentadvisor.net/event.aspx?817611