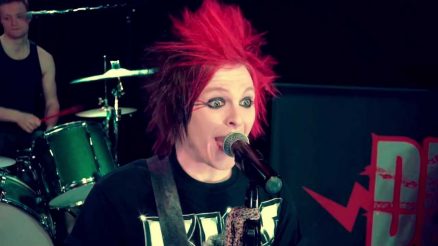 November sees the return of the ever popular DEAD FREQUENCY on their winter UK tour. There’s always plenty of energy and a lively show from this Glam Punk band, whose sound lies somewhere between Green Day and Van Halen. They have proved a big hit at The Adelphi with this being their second visit this year alone.

Also on the bill are FALLEN IDOL, a very new band making their debut a SIU. With their more emo sound between Foo Fighters and New Found Glory, they have just released their first very slick video and look set to impress despite their youth.

Opening up this cracking bill are UNWIRED SOCIETY, who were last seen at SIU supporting Light Therapy in 2015. They have been taking their brand of Green Day influenced pop punk around Hull ever since.