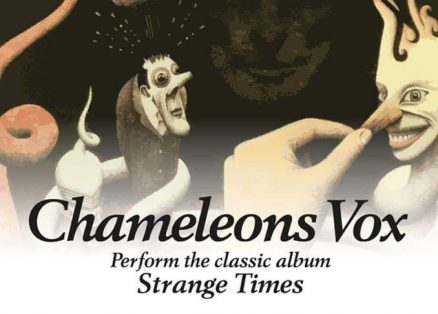 Chameleons Vox feature Chameleons vocalist, bassist and principle composer Mark Burgess, and is the continuation of The Chameleons, arguably one of the most widely influential bands to come out of Manchester.

Chameleons Vox have announced the ‘Strange Times’ tour where they will perform music from their seminal 1986 album + a selection of other classics by The Chameleons.