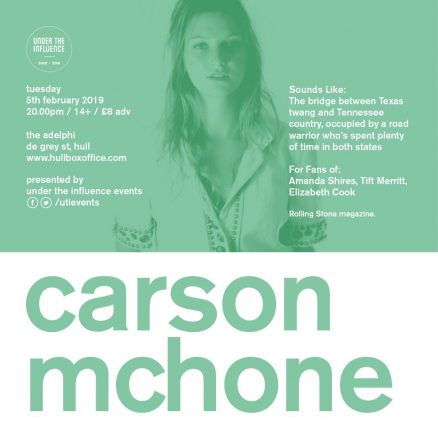 Rolling Stone named Carson McHone‘s Carousel as one of the Best Country & Americana Albums of 2018. The album gets its European release on 25 January via Loose Music. Carson will be playing at The New Adelphi Club in Hull on the 5th February as part of her UK Tour.

“Carousel sees Carson McHone swinging out of her corner of the Texas honky-tonks with the most exciting country record since Margo Price’s Midwest Farmer’s Daughter.”
THE LINE OF BEST FIT

“Carson McHone nods to her honky-tonk past — and pushes beyond it… It’s a coming-of-age album produced by Mike McCarthy, the same man who oversaw more than half of Spoon’s catalog. The result is an LP that ignores the rules of traditional country music… Filled with self-aware lyrics about McHone’s history of heartbreak, this is the sound of an artist making peace with her own unrest.”
ROLLING STONE

“A purveyor of no-cheese, no-bullshit honky tonk”
CONSEQUENCE OF SOUND

“Her voice aches, there’s plenty of steel guitar and fiddle and she can pen a proper honky-tonk song sing as well as a lovelorn ballad or a driving rug-cutter like ‘Good Time Daddy Blues’. But her music is also as contemporary as you could wish for.”
“Carousel is as good and album of country music as you’re likely to hear this year”
★★★★★
RNR MAGAZINE

“She dives into the idea of sad songs and the false notion that they’re simply written to further someone’s state of misery. She embraces that quivering sorrow. It shapes her vocal tone and cries. She’s smoke billowing into a room. Sadness plays the part of a femme fatale. She’s creeping around the corner waiting to strike.” – 25 Best Country and Americana Songs of 2018
WIDE OPEN COUNTRY

Carson McHone, a songwriter from Austin, Texas, “writes songs like her life depends on it” (Ray Wylie Hubbard), bringing an intelligence to alt-country that is both immediate and lyrical. Her new album Carousel was recorded in Nashville with Producer Mike McCarthy (Spoon, Heartless Bastards, Patty Griffin).

Dark, driving and evocative, Carousel shines a light not only on McHone’s honky-tonk roots, but on her development as a modern, alt-country storyteller, pushing traditional sounds and themes into a modern context. It’s a latter-day record inspired by diverse sources like Dylan, the Velvet Underground, and American novelist Thomas Wolfe, unconcerned with flying the flag of old-school country. It wears its eclecticism proudly, with McHone singing each song in a voice that is worldly-wise and woozily gorgeous.

Known as an authentic musician with rich blues vocals, over the past 5 years Sarah Shiels has been making a name for herself. She has gigged extensively across the UK and Internationally, initially playing locally around Yorkshire with her first band ‘The Velvet Dolls’, before going on to play around England with ‘Jackson D’ and ‘Rivers Johansson and The Deemed Unrighteous’, as well as the likes of Seattle, Spain and Germany with ex blues-punk band ‘Ming City Rockers’. Last year she embarked upon a project of psychedelic folk and blues with a new band, debuting at Beverley Folk Festival. They went on to support the likes of ‘Curtis Eller’s American Circus’ at the renown New Adelphi Club in Hull, as well as the acclaimed ‘Jeffrey Lewis’. More recently, she played with garage rock and roll outfit ‘The Black Delta Movement’, and throughout 2018, toured the UK and Europe.

“Sarah Shiels truly made her mark at this year’s festival. Along with her incredibly talented band, she mesmerised the audience with powerful riffs alongside her distinctive rich, bluesy vocals.”

“A number of people commented on how great it was to see something completely unique at the festival, especially from an up and coming talent like Sarah, performing with her band on a main stage at our festival.”

‘It turns out Sarah Shiels has a voice like honey poured over diamonds.’

Little Blue Thula are an alt-folk duo described by critics as “passionate with wholesome melodies which are doused in warm Americana elements”. Forming in late 2017, playing over 100 shows (of which some include supporting signed artists) and a full length album recorded, it’s fair to say they are fast becoming one of the most productive bands on the circuit.

With influences which vary from Bright Eyes and Elliott Smith to Townes van Zandt and Hank Williams, the sound and style of Little Blue Thula is unlike anything else heard on the local music scene.

Link to EP On Spotify – https://open.spotify.com/album/760zS8uKxvXukM2NGl05bY?si=aJCvlr8ERMO7ywmojQrI0g 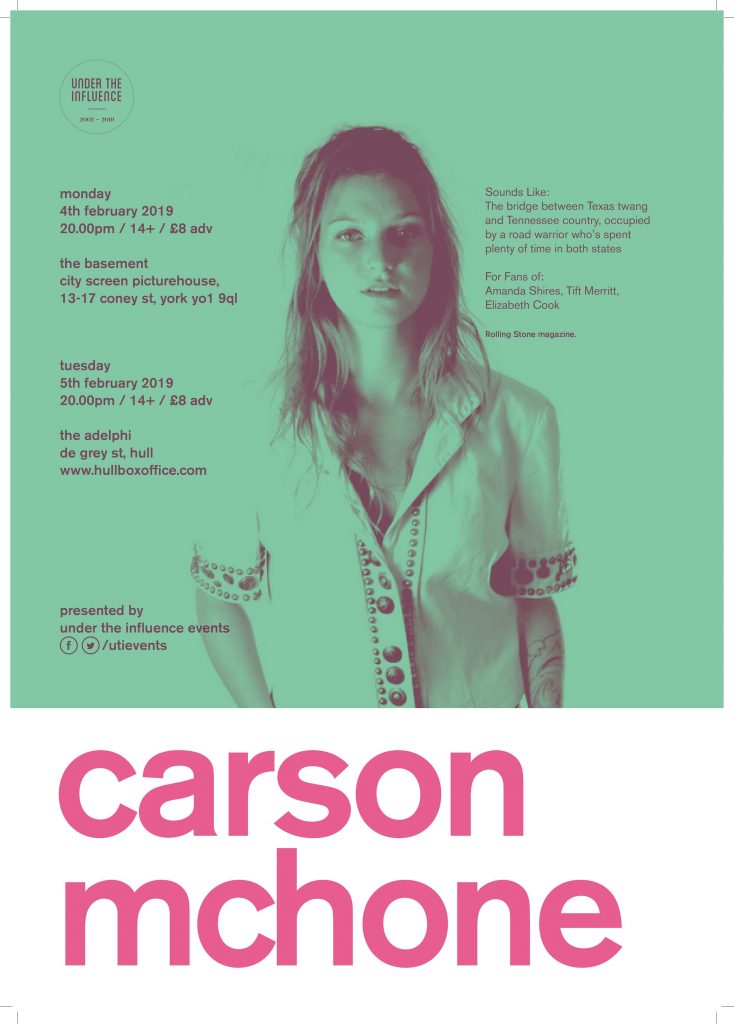