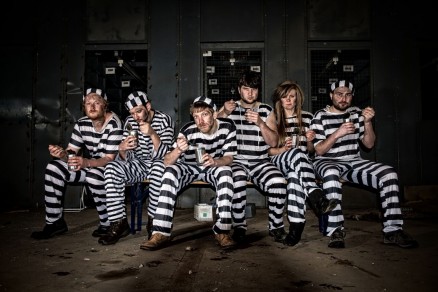 “Voted best band at last year’s Cropredy Convention, and named THE band to see at Glastonbury by the Huffington Post, 2014 also saw Blackbeard’s Tea Party make a huge impact at festivals as diverse as Shrewsbury Folk Festival, Costa Del Folk in Spain, and the Rainforest World Music Festival in Borneo. With this growing reputation, it’s hardly a surprise that they are one of the most in-demand bands on the folk circuit.

Now we’re happy to welcome Blackbeard’s Tea Party back to The Adelphi with their brand of gutsy folk rock. Traditional songs and folk tunes are given a heavy rock edge with playful arrangements and driving dance rhythms. This is all mixed up in an engaging, high-octane stage show that frequently leaves audiences cheering for more.”

The six-piece folk rock band have built a reputation as one of the most formidable live acts on the circuit. Not to be missed…