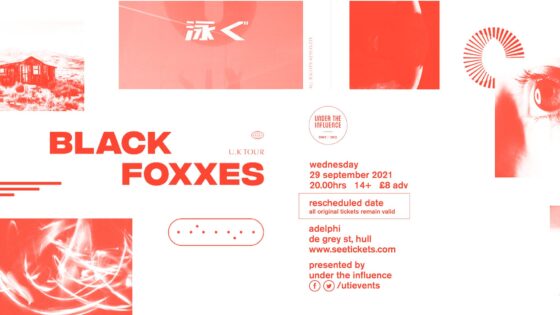 “It’s with a heavy heart that we need to announce that we are having to postpone our tour until a later date.

The past few years have been brutal on everyone’s mental health, and we’re currently dealing with something internally that is long overdue a good reset and some time to recover. It’s important we listen to people in this industry when it’s all a bit too much and we’re doing just that.

As for the tour, it was something we have been working towards for months and months now and it’s been sounding absolutely incredible in the practice space. We’re excited to announce new dates in the coming days and move forwards with this in a few months time!

Thank you so much to all the fans that bought tickets, they will be valid for the new dates. This is an unfortunate, but necessary thing that needs to happen as I’m sure all of you will understand. The shows will be all be the better for it and when we do see you in a few months time, it’s going to be magic.”

With singles / videos such as `Husk’, `I’m Not Well’, `JOY’ and `Manic In Me’, the clip for which was filmed in Iceland, a key source of influence for Album 2, it became increasingly clear that Holley is an artist prepared to shed protective layers – an artist with plenty to say and a particular way of tapping into thoughts, feelings and fears.

And now, with Album Number 3, the Bristol-based singer / songwriter / guitarist has done even more to bind music and personal message into a cohesive body of work – nine compelling tracks recorded quickly with a brand new rhythm section (drummer Finn McClean and bassist Jack Henley, a longstanding friend), plus a trusted team member in producer / mixer Ade Bushby, who helmed the desk on both previous outings.
From the very start, the intention was to keep instinct, musical integrity and the chemistry between the players right at the fore, with no second-guessing of the market and no attempt to stem or to edit the musical flow – a flow that takes in synths, distorted vocals plus a battery of left-field sounds (inspired by Bristol’s alternative DIY culture), along with a broader range of lyrical subject matter.
Advance Tickets £8
https://www.seetickets.com/event/black-foxxes/adelphi/1612190
LIKE: https://www.facebook.com/blackfoxxesuk/
LISTEN: https://soundcloud.com/blackfoxxes
WATCH: https://www.youtube.com/watch?v=v0X1PDjm8R4
This website uses cookies to improve user experience. Please confirm that you accept the use of cookies. More information can be found in our cookies policy. Find out more.