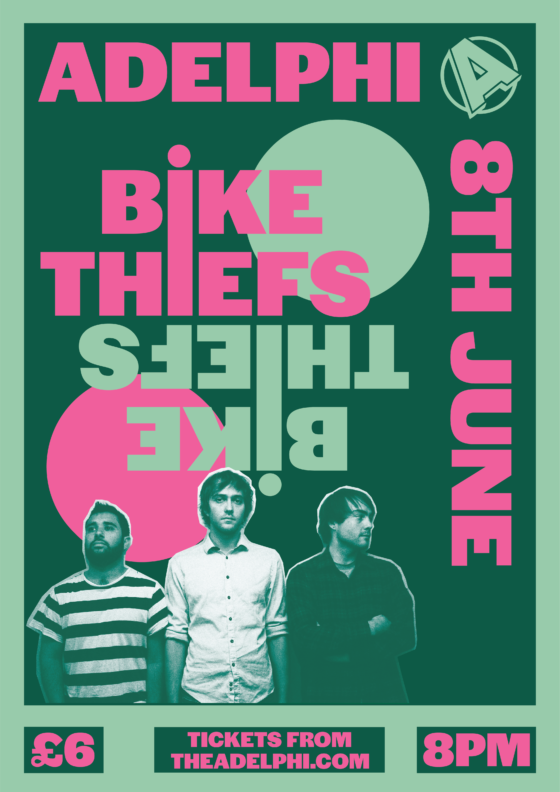 Bike Thiefs are a chatty post-punk trio that sound like a cross between Parquet Courts and a late-night conversation with Charles Bukowski.

Comprised of bassist Kris Pandierada, drummer Andrew Fasken and guitarist/vocalist Marko Woloshyn, Toronto’s Bike Thiefs absorb music as quickly as one would expect from a group of millennial audiophiles. Pandeirada cut his teeth producing hip-hop beats in his basement; Woloshyn holed up in his room wringing the ink out of Leonard Cohen sheet music; Fasken immersed himself in the world of 2000s punk rock while booking shows and playing in a handful of hardcore bands.
Over the past few years, Bike Thiefs have refined their cool cocktail of speakeasy vocals, slashing guitars and primal rhythms into catchy post-punk anthems. They’ve kept busy touring across Canada and the United States, opening for various international acts including Wavves, Antarctigo Vespucci (Jeff Rosenstock & Chris Farren) and The Dirty Nil.