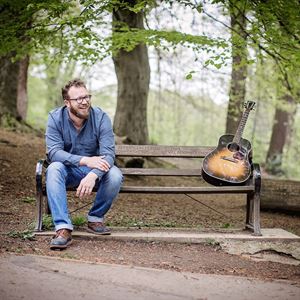 With support from Little Blue Thula and Bobby Joyce.

As a singer and lead guitarist in rock band Gomez, BEN OTTEWELL is well known for his unmistakable voice and talent for blistering and inspired guitar solos. Rolling Stone declared, “Gomez’s not-so-secret weapon is Ben Ottewell”. And as GQ Magazine once wrote and anyone listening can attest, “[his] voice is not of this world.”

Ottewell released his first solo album Shapes & Shadows (ATO) in 2011, Since then, Ottewell has been pleasing audiences with a series of successful solo tours across the UK, US and Australia.

LITTLE BLUE THULA are a Metamodern Alt. Country Duo. Taking influence from Elliott Smith to Hank Williams, the music of the band varies from sad folk to Americana to blues.

Forming in the summer of 2017 the band have been playing none stop from open mics to festivals, with plans to record an EP before the end of the year.

A fixture on the Hull music scene for over 20 years, BOBBY JOYCE delivers powerful melodies and well crafted songs.