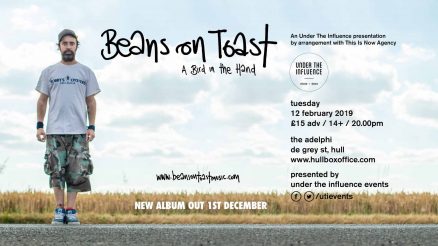 Under the Influence by arrangement with This Is Now Agency present

Cult folk legend Beans on Toast is coming to town to promote his new album A Bird in The Hand and he’s bringing a full band with him. His 10th studio album, out 1 December, was produced by Mumford & Sons’ Ben Lovett at the legendary Church Studios (Bob Dylan/Radiohead/Adele) and is quite possibly his finest, most accomplished work to date.

This extensive UK tour will see the unique live performer, on stage in his element playing songs from the new record alongside crowd favourites from his varied and extensive back catalogue. Over the course of his huge career Beans has become something of a cult national treasure. What seemed like a throwaway festival act has evolved into something much more important, a voice of truth and honesty, cutting through the bullshit. A consistent and reliable modern-day troubadour, not afraid to speak his mind; always touring, always writing, recording and releasing music. Playing every festival under the sun and always, always, telling it like it is.

Get your tickets now folks. 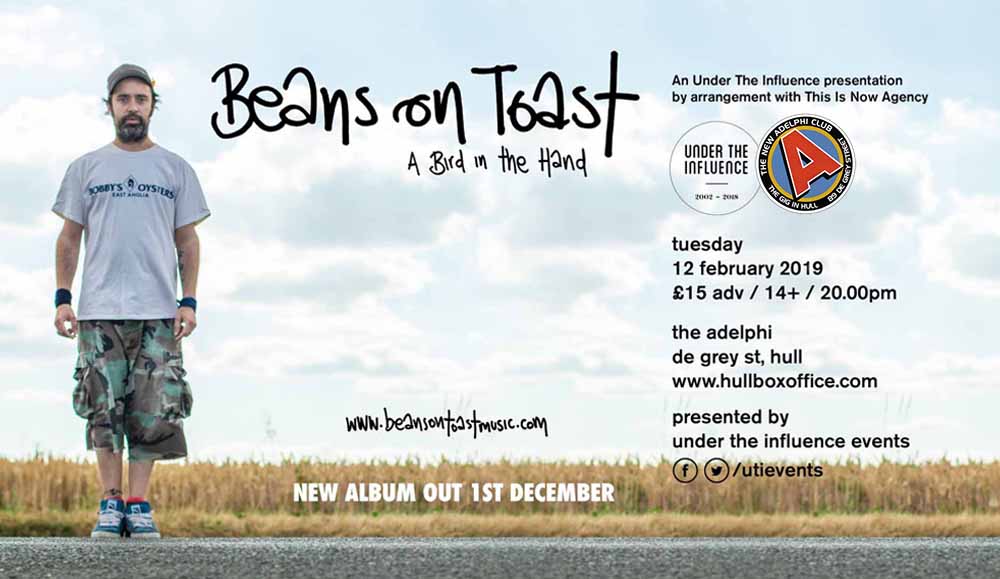