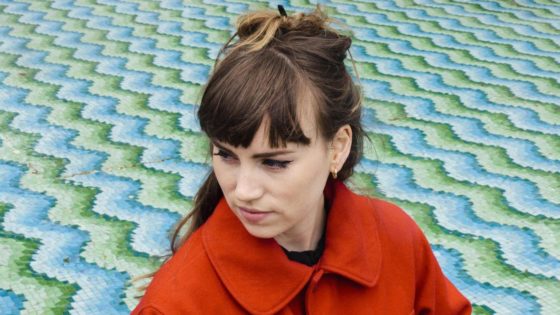 Folk/Pop “The next big thing…” – The Times

Aoife Nessa Frances is a new Dublin based artist whose debut album ‘A Land of No Junction’ (17th January 2020 on Basin Rock) has been earning rave reviews for her unique blend of of psychedelia, folk and otherworldly pop.

“Turn on, tune in, drop off: dreamy debut from enigmatic Irish auteur…. questing for the freedom to explore her own private Narnia in peace. A place of quiet certainty – it’s a compelling landscape to ponder in a treacherous age.”  Uncut ‘Album of the Month’

“sharing ambient material with Cate Le Bon and Broadcast, these are songs that chime delicately with an uncertain world” **** MOJO

“an alluring  languid debut to help the winter months glide by…. drifts along with real charm” **** The Times

The debut album of new Irish songwriter Aoife Nessa Frances (pronounced Ee-fa) is shot through with a sense of mystery – an ambiguity and disorientation that illuminates songs with smokey luminescence.  With Land of No Junction, Frances has built a universe full of intimacy and depth, with lyrics written through a process of free thought writing. It lends the record fluidity, each song in dialogue with the next not only through language, but the way each musical choice complements or threads into another. “I would write without putting pressure on taking the song in any particular direction. It all carried itself naturally and instinctively with melody coming first and then structure later.”

“The album title is a result of a mishearing. Cian Nugent [Aoife’s musical collaborator and co-producer] was telling me about childhood trips he made to Llandudno in Wales, passing through a station called Llandudno Junction,” reveals Frances. “Land of No Junction later became a place in itself. A liminal space – a dark vast landscape to visit in dreams…  A place of waiting where I could sit with uncertainty and accept it. Rejecting the distinct and welcoming the uncertain and the unknown.”

Written over several years, the songs traverse and inhabit this indeterminate landscape: the beginnings of love, moments of loss, discovery, fragility and strength, all intermingle and interact. On the eponymously titled final song Frances  sings “Take me to the land of no junction/Before it fades away/Where the roads can never cross/But go their own way.” It is this search that lies at the heart of the album, recalling journeys towards an ever shifting centre – a centre that cannot hold – where maps are constantly being rewritten.

“These songs are careful things, composed and played with an elegant precision, and infused with a deep, netherworldly quality” **** Metro

“a debut full of ideas….  explored with an unrestricted freedom” Loud & Quiet

“halfway between beguiling folk and melodic luxe” The Guardian

“Her magnificent songwriting only makes those peaks feel higher, and the valleys lower.” Bandcamp ‘Album of the Day’