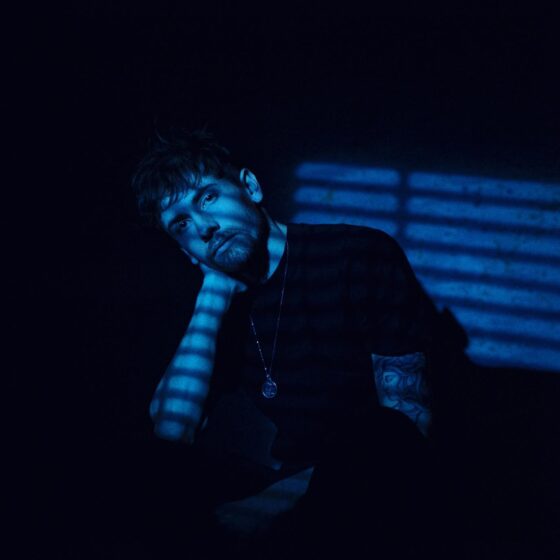 He knows Los Angeles inside-out, and has played in almost every club in the UK. Félix Rabin will be touring Europe very soon. Félix Rabin is like those painters who need to master the most sophisticated techniques and then to come back to simplicity and its inherent purity. The only difference is that Félix Rabin is a guitarist and singer. Since the age of fifteen, he has been exploring the thousand and one things we can do with a guitar, then inventing a thousand and one more.

It started with some blues, and a fascination for the feline playing of Stevie Ray Vaughan. Is that a coincidence? In 2015, Félix monopolized the jam-sessions of the Montreux Jazz Festival. In the same place, 25 years ago, Stevie Ray had impressed David Bowie, who ended up hiring him. When his turn came, and Félix let his guitar ring out in Montreux, it was the legendary Quincy Jones who invited him to his table, to offer him compliments and encouragement.

After that he took off for the United States, the country where the fierce competition gives no chance to second-rate players. Over there, he has just made his first real record with the help of Ross Hogarth, a Californian producer who has worked with Van Halen, Ziggy Marley, REM and… Félix Rabin.

Having been accepted by the American scene, Félix then looked for the blessing of the British. In the country of Pink Floyd and Michael Kiwanuka, he first played in a few small clubs, then step by step progressed to bigger stages. The band Wishbone Ash (50 years of career and services rendered to the guitar) invited Félix to join them on their UK tour.

At the beginning of this decade, Félix Rabin is packing his bags again. Soon, he will be spending a month on the road throughout Europe, touring in ten countries, from Oslo to Paris, and from Cardiff to Berlin. He will release his first record, an album of six titles built around his titanic guitar playing, in which he takes his inspiration from the masters, while at the same time affirming his independence from them.

Blues has become Blues-Rock, and Félix still has electricity in his fingertips. When he’s not on tour, in London or Los Angeles, Félix Rabin comes home to Neuchâtel for a rest … and he’s just 25 years old.