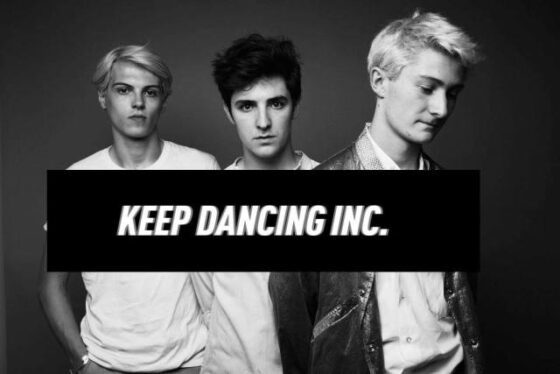 “If New Order started from scratch in 2018, it’d sound a little like this” NME
Keep Dancing Inc are the Parisien indie-dance pop titans that you need to be acquainted with asap.

Keep Dancing Inc. return to the Adelphi on December 5th.

£8 in advance or £10 on the door.
Tickets available soon.

They are in their mid-twenties, their music is imbued with references that, for some, date from before their birth, yet Louis, Joseph and Gabrielle already possess the aplomb and mastery of an English power-group. A few years after its debut, Keep Dancing Inc. is lining up with great serenity a progress balance sheet that commands admiration. They toured all over Europe with Blossoms, locked no less than 30 dates across the Channel, and earned a stage reputation worthy of the most brilliant groove machines of the time. After these years of learning, the decade that is opening up presents even more formidable. The first maxis (Initial public offering in 2017 and Restructuring in 2018) were just sketches, compared to embrace’s assured features, whose first extract, Could U Stop, immediately announces the color: synthetic with new-wave reflections, iridescent voices in halos that never sell their souls to machines. The band recorded the twelve tracks between Paris and Margate, England, a stronghold of British producer Tom Carmichael, known for his witchcraft gifts on Kendrick Lamar’s fat White Family our Alaska. The 1920s got off to a great start with Could U Stop, and it seems obvious that nothing can stop Keep Dancing Inc.