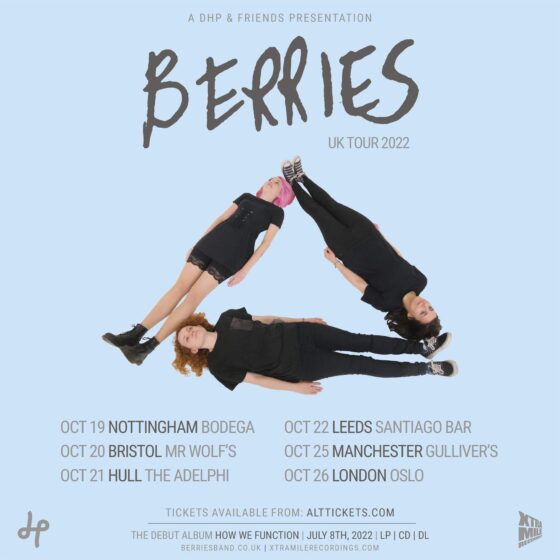 Berries are a London-based trio that bring together rock, grunge and indie influences. Having already released a string of standalone singles and EPS since 2016, the band are set to release their debut album ‘How We Function’ in July 2022 (expected 8th July). Berries will support their new record with a headline UK tour in October 2022. Catch them live.

With a penchant for effortlessly combining off kilter melodies with guttural grunge their past singles earned the band support from the likes of huw stephens, steve lamacq and john kennedy, as well as louder than war and fred perry snaking guitar licks, frenetic percussion and an ever-present undercurrent of fuzz-heavy melody, ‘how we function’ is an intelligent, well-crafted rock album. They have supported frank turner, cherry glazerr and porridge radio at electric brixton and ex hex.