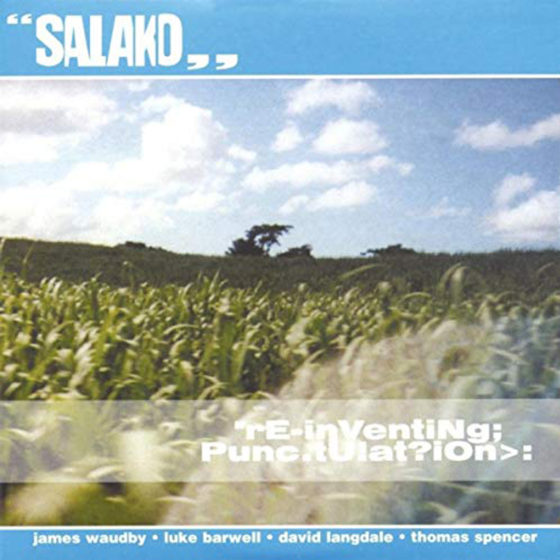 “Salako were a very special band, make no mistake. Formed in Hull, England in the late nineties the group pulled together a mish-mash of seemingly incompatable influences to create a sound that was at once familiar yet disconcertingly odd. For those totally unfamiliar with the Salako sound, think Beck, think The Zombies, Think Stereolab, think crazy guys splicing gentle and surreal humour with a plethora of naggingly insistent melodies all married to songs that barely reach the two minute mark. No sooner has a particular song begun to burrow into your consciousness than its over and your brain is left confused but somehow richer. Great songs on this debut are too many to mention, best just to dive in at the beginning and let the music be your master.”

After this album the band turned a slight corner with ‘Musicality’ which saw the band reaping more critical plaudits whilst refining their sound further ditching the scattergun techniques of the debut for fuller explorations of the songs. It too was completely ace.

At this time Salako shared the Jeepster label with stablemates Belle & Sebastian and soon to be joined by Snow Patrol. *JPRCD001 was If You’re Feeling Sinister